With the collaboration of DVMobile and Cube creatives, we manage to create a 20K time-lapse at 360° HDR processing for the use of the animation film background.

The 20K 360° setup was made from 6 DSLR Canon cameras with 8mm Canon fisheye lens that had been connected and getlog wired on a specially made hand made platform.

See some photos of the setup and here is the video that it was used for. 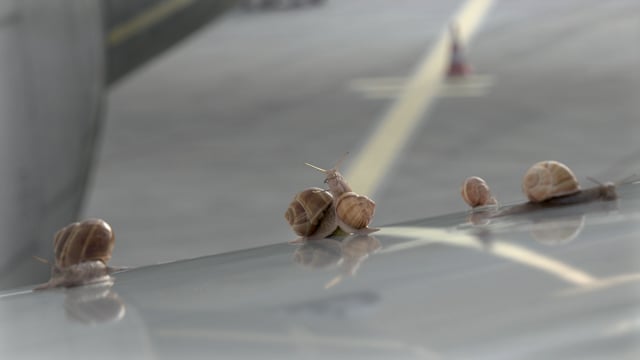 Caught up in our human lives, we miss out on the amazing. On an airplane wing, a company of snails performs a wonderfully slippery choreography…